When you take over 250 years of industry experience and apply it to challenges companies face every day, you might end up with a solution that changes the way you do business. That’s what happened when ITEC delivered a pipe bending solution to Pacific Shipyards International (PSI).

Removing and replacing deteriorating piping is an expensive, daunting, time-consuming, and all-too-common task in ship refurbishment. Not only would pipefitters need to extract the old pipe, but each piece would be measured, cut, and tig-welded onto elbows. Only then could the pipefitters install new pipe where the old pieces were extracted. Every weld then required a pressure test. Even with numerous skilled welders in their employ, each section of pipe took about 6 hours to refit and replace. Pipe replacement was costing PSI a considerable amount of manpower, time, and wasted material. ITEC delivered the perfect solution: AMOB CH120 CN3 – the backbone of AMOB’s tube and profile bending machines. This machine is known for its untouchable precision, rigidity, and stability while enduring harsh conditions typical of a Pacific island. Tropical environments aren’t always friendly to heavy machinery between the heat and the humidity, but the CH series is up to the challenge.

ITEC trained the lead pipe fitter – who had no previous experience with tube bending – on using the CH series in record time. Replacing the time-consuming welding process to using seamlessly bent sections halved the project time. 900 feet of pipe replaced in 200 hours – a PSI record!

TubeWorks proved instantly valuable with the “change radii” feature, a solution that would prove critical to completing the project. The change radii feature allowed the fabricators at Pacific Shipyards to measure the existing piping using LRA coordinates while correcting the centerline radius (CLR) issue – the existing elbows were much smaller than that of the bend die on the machine. The TubeWorks change radii feature made this correction as easy as entering the piping as-built and editing the radius of bends in just a few clicks. Instantly, TubeWorks redraws and recalculates the tube using the newly entered radius, which meant Pacific Shipyards saved countless hours and scrapped materials.

“Without TubeWorks we would have produced a lot of scrap while finding tangent points through trial and error, with TubeWorks we are able to create a section of tube with 8 bends, then TubeWorks tells me what to enter into the machine, that’s it, instant process!” (Lead Pipe Fitter). 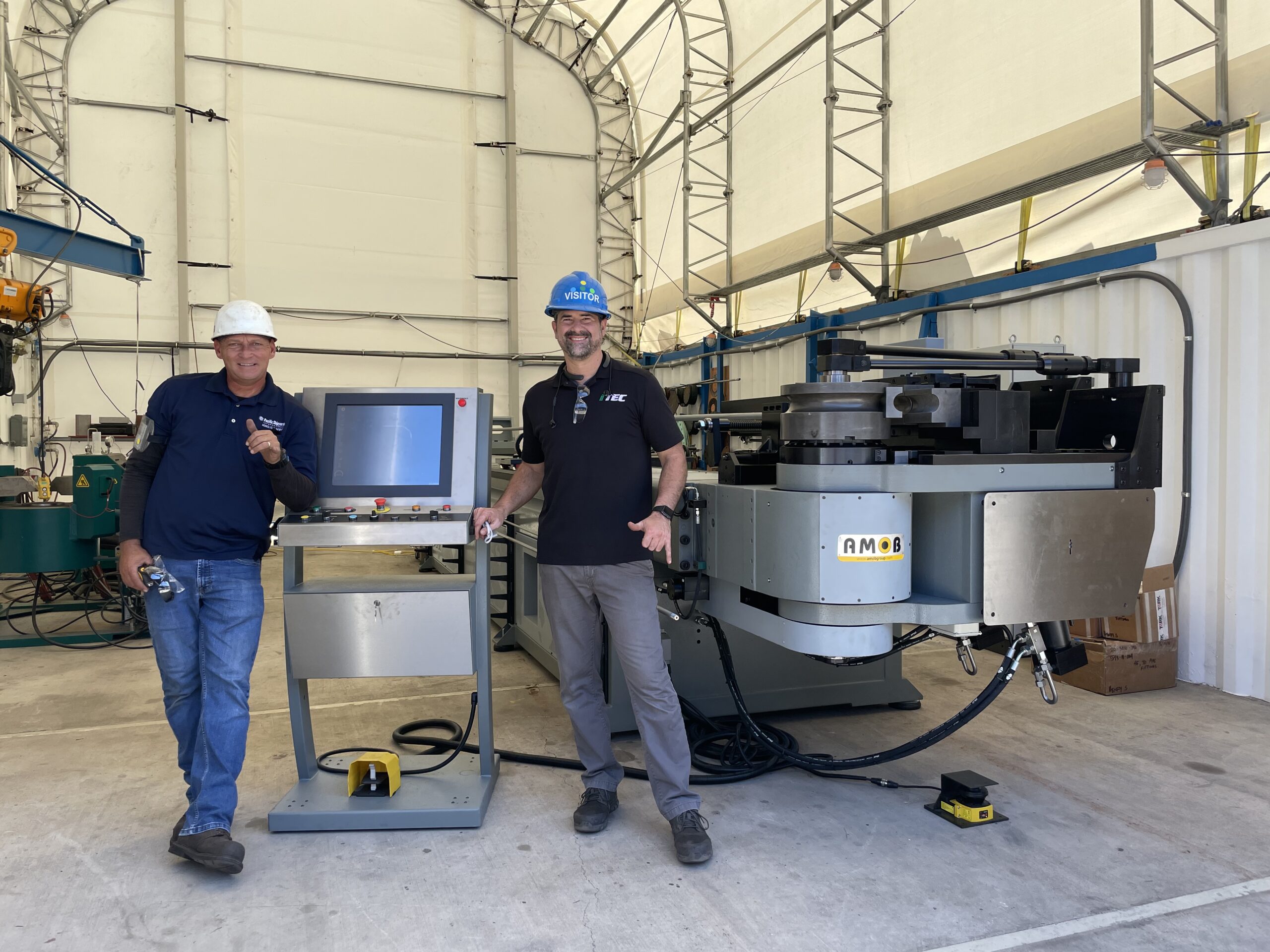 “Without TubeWorks we would have produced a lot of scrap while finding tangent points through trial and error, with TubeWorks we are able to create a section of tube with 8 bends, then it tells me what to enter into the machine, that’s it, instant process!”

Putting over 250 years experience building tube & pipe benders to work for you.